Moving beyond innovation hype and hyperbole 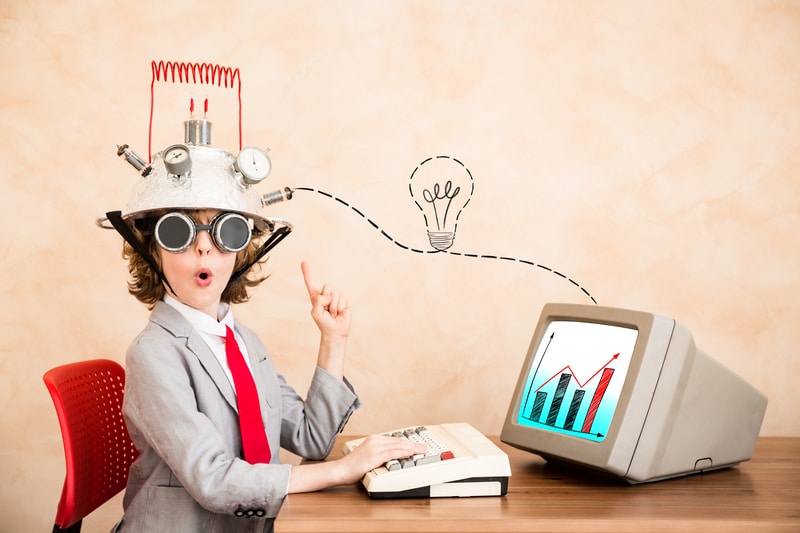 Is the hype and hyperbole around innovation threatening to disengage the very people it’s seeking to motivate? It’s true that some organisations need to innovate with urgency, but not all. Equally, while big business has a role to play, leadership by government and young businesses is equally important. With a little evidence-based insight and critical thinking, the chances of innovation success can be substantially enhanced. Better problem-solving skills, good management discipline and persistence are key ingredients.

“Innovate or die” reads a headline in the Australian Financial Review’s June edition of BOSS magazine [1]. It’s one of many articles sustaining the “innovate or be disrupted” narrative. Unfortunately, what this article (and many before it) fail to do is extend our collective ability to think critically about innovation and how to achieve it.

Don’t misunderstand, I fervently believe that innovation matters. All organisations should continually innovate – that is, apply new ideas – to remain valued, competitive and productive. But this has always been the case. So, what’s different today? It’s that the need and opportunity to innovate is escalating due to the cumulative effects of technological, market and societal shifts.

Given that innovation matters, we don’t want to business leaders to become disengaged, put off by the hype, ideology and clumsy rhetoric (that also plagues issues like sustainability and diversity).

Take the sentiment “We need to invest big, now and in every sector!”. Is this really true? Might a more accurate and useful statement be that some industry sectors face imminent risks and opportunities while others have longer windows of opportunity in which to act?

Deloitte, for example, determined that the retail, finance and professional services sectors are currently at risk of digital disruption, while manufacturing, mining and utilities sectors are in less present danger [2]. Indeed, the pace of disruption – the time it takes to appear and have an impact – is generally slower than perceived. While disruption in the retail sector and movement of value to online players like Amazon has been dramatic, it’s taken more than a decade to reach a tipping point [3].

So, while adaptation takes time and no organisation should rest on its laurels, sentiments like “innovate now or die!” risks generating unhelpful cynicism and disengagement.

With respect to government, the prevailing view is that government should lower taxes, reduce red tape and maintain an even playing field and then get out of the road of the innovation machine that is private enterprise! But government has a pivotal and under-recognised role to play. Despite being systemically under-reported, for decades governments have provided the patient investment in much of the basic and applied research that has underpinned growth. Contrary to popular myth, business and venture capital has typically got involved only when it’s been feasible to commercialise the new technologies and achieve reasonably rapid returns [5]. It’s another aspect of the innovation narrative we need to correct. We need government to continue investing in R&D, as well as innovation within government agencies, driving policy agendas and investment to create long-run public value. Without it, businesses and the economy are weaker.

With this in mind, we might ask “What important innovations are business and government achieving together today?” Or, lowering the bar, the question might be “Is business and government innovating enough to maintain reasonable levels of productivity and keep up with our competitors?” Current evidence of low productivity growth, declining investment in and commercialisation of R&D, and falling numbers of high-growth firms suggests not [6]. In fact, public sector organisations may be more active and radical in their innovation than the private sector [7].

Steve Glaveski, co-founder and chief executive of Collective Campus [1], says “the nation boasts too much ‘innovation theatre’, with organisations flaunting their innovation labs, hackathons, Post-it-note-littered agile storyboards. And then (what gets delivered) … nothing.” He suggests, “There are some great initiatives but often they are PR initiatives”.

Why is this happening? Why would organisations invest the time, effort, money, trust and reputation in any innovation activity … and then not deliver?

Some innovation initiatives will, of course, fail. There are many circumstances beyond the control of those leading such initiatives that will impede success. But, very often, failure is due to internal factors. Poor prospect filtering, poor prioritisation of effort, poor customer understanding – they all add up to poor problem-solving. Furthermore, innovation is often treated as side-line or add-on activity, rather than being centrally aligned to strategic goals that really matter. Fundamentally, this reflects poor organisational leadership and management. To this point, in its Study of Australian Leadership, the University of Melbourne concluded that many senior leaders in private sector organisations don’t have sufficient skills for their jobs and contemporary business challenges [7].

Do more people need training in innovation? Almost certainly. Note, however, that few people have been trained to solve problems outside of their technical realm. In practice, people are generally ill-equipped to solve most of the complex problems that business and government face every day [8].

Fortunately, there is growing global recognition of the need to improve problem-solving skills [9]. We must not, however, fall into the trap of thinking it’s just “new employees” that needs these skills. There’s plenty of evidence to demonstrate mid and senior level leaders in business and government need them too.