A leaders’ guide to the big assumptions about artificial intelligence 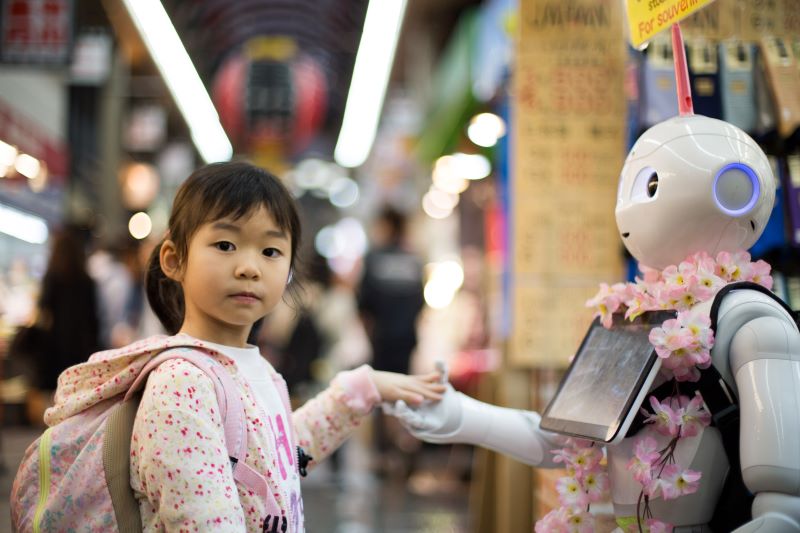 In Australia and across the globe, banks are adjusting their workforces and shedding jobs amid spending on technology and automation. As other industries follow suit, it’s unclear whether the costs of automation are being socialised while the benefits are privatised. What is clear is that Australia’s public and private sector leaders must pay more attention to opportunities and benefits from artificial intelligence to keep up with peers in Europe, the USA and Asia. So, it’s time to take a closer look at the Ai story that’s unfolding and think critically about the role Australians want to play.

How do you understand our world, how it functions and your place within it? How do you know what’s right and wrong? You might say your understanding comes from your education, what your parents have shared, the rules of your community, and what you’ve learnt from experience. But what underpins and binds these things together? It’s stories – the stories we tell and receive every day through which we judge right and wrong, better and worse.

The stories that we believe, embrace and share shape our choices and behaviours. So, as our world becomes more complex and partisan, and we are confronted by existential threats (like climate change and cyber attack [1]), it’s important that we are conscious of the role and integrity of stories in society. One of the big emerging stories is about the future of work and the role that artificial intelligence (Ai) will play. The prevailing narrative is that Ai will make people’s jobs more safe, customer-centric and creative. But is this story credible? Does it stand up to scrutiny? This is the question I’ve explored with the aim of making the assumptions that underpin Ai stories more transparent and open to scrutiny.

Many of these technologies have been in development for decades. The explosion in computing power and data required to train algorithms is fueling their acceleration. Ultimately, the power of Ai comes from the convergence of these technologies. We experience it today when Netflix predicts and suggests what we would like to watch on television, when Siri answers questions via our iPhones and when Tesla cars operate automatically.

For decades, people have similarly predicted what Ai would mean for humans. Movies like Blade Runner, The Matrix and Ex Machina have portrayed a dystopian future where humans become subjugated to machines. Developers of Ai explain that the point at which Ai becomes artificial general intelligence and robotics match human dexterity is decades away.

The stories proponents offer are predictably more utopian – where dull and repetitive or physically-demanding and dangerous jobs are done by robots, freeing up people to do more “humane” and rewarding tasks. But where does the truth lie?

The impact of Ai on workers

What might the relationship be like between individual workers and Ai? It’s commonly suggested that while Ai will replace many job tasks and some jobs, more new jobs will be created than replaced. Ai will augment humans, making human work more valuable. Furthermore, education and training will ensure that people have the higher-level skill sets to do those new jobs. For this to be generally true:

If these assumptions don’t hold, people’s tasks and jobs may be replaced more quickly than people can adapt to the new workforce requirements.

Furthermore, a fundamental assumption is that there are human tasks that Ai can’t perform. However, the specialisation of human labour that has enabled a lot of society’s progress and globalisation of markets also directly facilitates task substitution. During the Great Depression, the unemployment rate was 25 per cent. Today, a higher percentage of jobs could be impacted by automation [3]

The impact of Ai on the economy

How will Ai affect organisations and the economy? Proponents argue that Ai will increase organisational productivity and onshoring of jobs that had previously been shipped off to countries with lower wages. Consequently, local businesses will become more profitable, contributing to increased wages that translate to greater wealth across communities. This wealth can be spent on products that are also cheaper, made more efficiently thanks to Ai. Again, this might be true if:

More generally, for wealth to grow across communities, some things must also be true. People need to be confident about the state of the economy, their governments and future prospects in order to be willing to spend the money that builds demand for goods and services.

Prices of goods and services must also remain affordable; even if the prices of fast-moving consumer goods declines (from Ai in manufacturing), the cost of core items in household budgets like land, housing, water, power and insurance must not grow faster than wages.

Governments will want to sustain their tax receipts, particularly to cover any growth in health and welfare costs. So, the number of people paying income tax, and the quantum of tax, must not decline. Alternatively, any shift of work from labour to capital (people to machines) needs to be accompanied by taxes on machines.

If these things were not to occur, the result may be that companies and shareholders will benefit disproportionately from Ai but not workers and the wider economy.

When will Ai transform our lives?

Much of the current discussion about Ai is, of course, hype. While rapid technological progress is being made, Ai is not going to transform our lives and the economy next month or next year. Several factors may also operate as “handbrakes” on the application of Ai, such as:

Can the pace of adoption of Ai be controlled and would we want to?

Businesses that are part of competitive local and international markets will face substantial pressures to adopt cost-saving and product-enhancing Ai technologies.

Ai is also pivotal to defence, security, military, intelligence and surveillance capabilities. Indeed, in business, defence and national security arenas there can be a massive first-mover advantage for those making effective use of Ai.

Finally, people have demonstrated a strong desire to be part of the digital revolution and internet of things, freely giving away personal data for the benefits they perceive and experience. So, even aligned and willing communities may struggle to slow the rate of Ai adoption. So how do we shape and engage with Ai in a way that genuinely and consistently enhances the lives of everyone in the community?

My view is that Ai can deliver terrific benefits for society but that it’s effects won’t be benign. For people to benefit individually and collectively there will need to be deliberate, inclusive, ethical and auditable design practices exhibited by those developing and deploying the technology, along with proactive oversight by our governments. Regrettably, these are not normal and pervasive behaviours today, nor will all organisations and countries necessarily subscribe to such practices.

Without stories, society can’t function. But the stories that we tell shapes what occurs.
Are the stories we are telling today about artificial intelligence both credible and useful? On balance, the answer is probably “no”.

It’s time for Australians to consider and debate what we are seeking to achieve via technology. What will it take to make us all happier, healthier and prosperous and how can that be enabled using artificial intelligence? We need answers to this question if we are to be shapers, not just takers, of an Ai-enabled future.