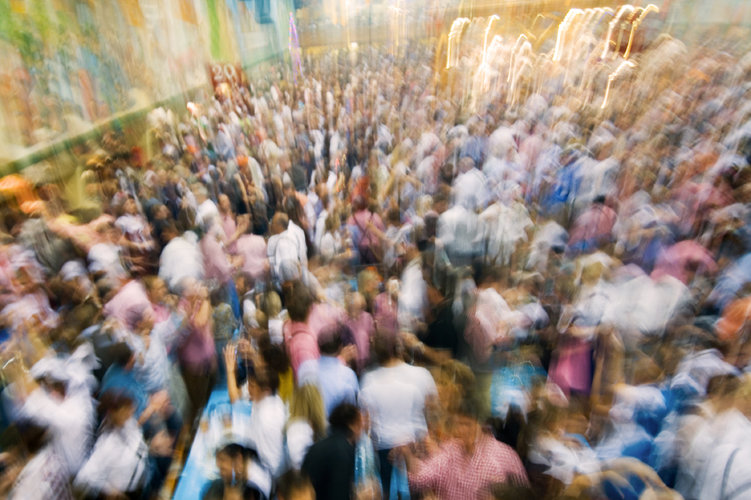 Humans have proven themselves to be incredibly inventive and adaptive. So, is there any need to worry about the societal challenges we face? Surely we will invent our way to solutions. Phenomenal advances in technology offer hope but cannot be solely relied on. Comparable upgrades to our human software – the way we understand, think and problem-solve – are required for genuine progress.

Award-winning American journalist, David von Drehle, recently penned an article with the headline “population catastrophists will always be wrong” [1]. In essence, David argued that we needn’t worry about the escalating global population because we humans always find solutions to our challenges.

In the past, when we’ve faced shortages in food, water, oil and other resources we have found new supplies, invented more efficient ways to produce them, and dreamed up alternatives to those that become scarce.

Technology has been the key

Humans have proven themselves to be incredibly inventive and adaptive. So, is there any need to worry about the societal challenges we face? Surely we will invent our way to solutions. Phenomenal advances in technology offer hope but cannot be solely relied on. Comparable upgrades to our human software – the way we understand, think and problem-solve – are required for genuine progress.

Technology has been the key we use to create or unlock new supplies. We’ve developed reverse osmosis plants to transform sea water into drinking water, solar cells to produce electricity, and hydraulic fracturing (or fracking) to release ‘tight’ oil and gas. Today, we’re expanding the use of digital communication, artificial intelligence and automation technologies to make factories, offices and homes more efficient.

Indeed, access to resources has grown as the human population has grown. David argues it’s because the population grew. Necessity was the mother of invention. So, he argues, more humans (and more brains) will only enable us to invent ways to burst yet more barriers to progress.

To tackle climate change, David advocates for a carbon tax. It will provide the price, the constraint, the pain that he says humans need to drive us to develop smarter, cheaper and cleaner ways of living.

But how are we going on this front? What does the evidence tell us about efforts to tackle climate change over a generation or more? Is climate change a problem that’s amenable to a technology fix?

New and better technologies that reduce greenhouse gas emissions across our economy are a big part of the climate change solution. But technology alone won’t solve the problem. Indeed, it’s clear the real problem is not technological but human in nature. A range of competing beliefs are impeding progress in tackling climate change.

Competing and questionable beliefs are also at the root of other persistent societal problems like low productivity growth, the degradation of our river systems, declining educational outcomes and multi-generational indigenous disadvantage.

Some of the beliefs that impede progress are on climate change are:

Such beliefs are set more by our tribal association (that is, the group/s in society that we most identify with) than our ability to understand the underpinning science [2]. Trying to convince sceptics of the science of climate change is unlikely to change their views; indeed, it is more likely to harden opposition.

It’s these beliefs that make climate change more than a complicated technological problem. And competing beliefs get in the road of collaborative effort across industries and jurisdictions that must be sustained over time in order to make headway. These factors transform climate change into a genuinely complex, even wicked problem. To progress, we must employ a different approach to the way we tackled resource shortages in the past. Perceiving climate change as a problem for which there’s just a technological fix is flawed and dangerous. It diminishes both the challenge and the urgency for action.

Households, local communities and perhaps even cities with access to the necessary technologies, resources and wealth might invent new ways of living in a world altered by climate change. Nations, however, may not fare so well, particularly if they suffer escalating inequality in lifestyles between the haves and have-nots. Inequality fuels instability, and drives people to look the past, to scapegoats or political prophets for solace. Is this not what we’re seeing in Trump’s America and UK’s Brexit debacle?

So, David von Drehle is right to observe that humans have amazing powers for invention and adaptation. We need only look to the phenomenal technological shifts occurring around us. But humans can also sustain extraordinary contradictions, biases and blind-spots and demonstrate extraordinary self-serving cruelty. Thus we must employ technology wisely.

As we face into bigger challenges that come with a bigger population, we must also recognise which of those challenges are materially different from those of the past. Solving them will not only require that we upgrade our human hardware or technologies. It will require us to upgrade our human software – our ways of understanding, thinking and acting. Otherwise, the risk is that our technological capabilities will surpass our capacity for wisdom, foresight and community. We would do well to avoid this imbalance.

[1] David von Drehle (2019) Why the population catastrophists will always be wrong, The Australian Financial Review, 12-13 January [2] Dan Kahan (2015) What is the “science of science communication”? Journal of Science Communication, Vol. 14, No. 3
Share
Behavioural scienceClimate changeComplex problemsTechnology