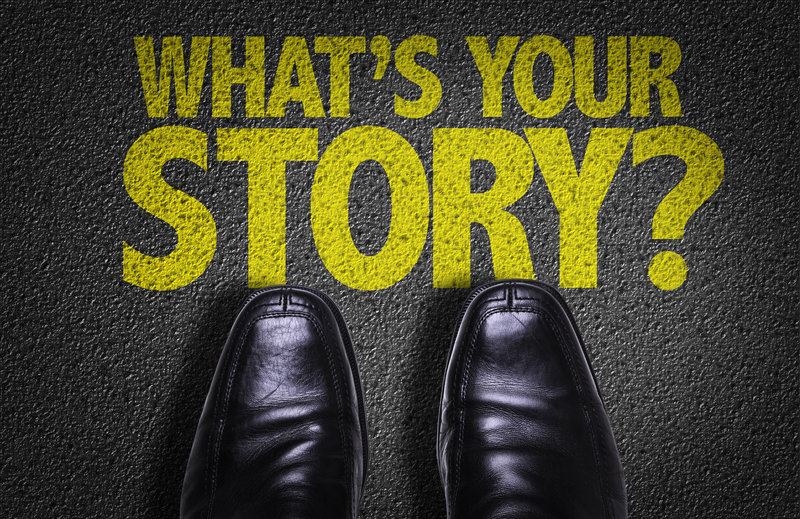 From infancy we’ve learnt values, ideas and social rules through stories. This schooling has occurred for millennia. Today, some of these stories are being questioned. Leaders need to understand this dynamic and just how important stories are to sustaining success.

In 2011, history professor Yuval Noah Harari published his book Sapiens – A brief history of human kind. It promptly became an international best seller. It’s an engaging book that tells our story – how we, sapiens, rose above several other human species to become dominant on Earth.

Despite being physically weaker than species like Neanderthals, Homo sapiens succeeded and became exceptional through cooperation. This cooperation depended on something else – an ability to imagine something that did not yet exist and for a group of people to trust that imagining. While the Agricultural Revolution provided the food enabling people to shift from a nomadic existence into towns and cities, stories created the social links and rules that sustained order. Put plainly, we have become the superior species because we can use stories as an organising tool. These stories are the building blocks of our culture.

When stories change so does order

Harari’s enlightening exposé of our shared history highlights that our present situation is neither predetermined by Nature nor inevitable. We have many more possibilities before us than we probably imagine. It also presents ideas of great importance to today’s leaders of society and business.
While order and coordination is achieved through stories (translated into laws, rules, business processes and religious beliefs), order also changes when stories change.

Historically, people in power have shaped society’s guiding narratives. This is no longer the case. In a complex, rapidly changing, Internet world many sources of ‘the truth’ are available. People can pick and choose from those truths, while media reporting that aims to be fair can convey a false balance of facts. More data is available to people than ever before, yet people are arguably more anxious and sceptical.

Trust in the future

Harari also constructs a compelling case that trust in the future is our most important economic resource. He explains that for millennia people didn’t believe the future would be much better than the present. People could become more wealthy only through redistribution of existing wealth, via taxes or through the spoils of war. A major turning point occurred in the late eighteenth century when people came to believe that growth in aggregate wealth was possible. What happened? This new belief unleashed financial credit. People loaned money in larger sums for longer durations than ever before because they believed they would be repaid. Indeed, today’s credit ratings are indicators of trust in sustained growth. Without a belief in growth, that things can get better, people won’t lend or spend their effort and resources. This is as true in business as society more generally.

These insights help interpret and navigate contemporary business and social challenges. Take, for example, the pervasive economic malaise despite the efforts of governments to catalyse growth with ‘helicopter money’, reduced corporate taxes and low interest rates. People are rejecting guidance from the ‘ruling elite’. Established institutions are questioned. There is even a growing distrust of scientists. Rising inequality and vulnerability of the middle class is undermining policies founded on ideas like ‘trickle down’ economics. A growing segment of society is unhappy because the gap is widening between their expectations and reality. Furthermore, the stories that described their past don’t seem to gel anymore, leaving people anxious in the absence of a new, believable narrative.

Throughout our recent history science and imperialism have been bedfellows. Territorial expansion on land, by sea or indeed into space, has been enabled by science while itself creating new knowledge. Both fueled wealth. It’s why science, engineering and innovation remain critically important to our economic well-being. It gives both the ideas and the tools for our future to be better. But growth must be inclusive. Leaving people out of the new narrative risks social disharmony and an unsustainable burden on the public purse.

The implication for leaders in business and civil society is this: not only must stakeholder expectations be re-calibrated to current circumstances, the organising stories must also be rewritten.

This is no longer a job for a small band of executive leaders. The complexity of our world, the rise of the individual, corporations and markets over communities and nation states, and co-dependency between actors and stakeholders means that organising stories must be jointly constructed if sense-making, alignment and cooperation is to be achieved.

Furthermore, elder executives would be wise to engage younger minds that may be operating under a different, potentially more useful set of stories. Failing to do so could expose themselves and their organisations to disruption.

Of course, this is challenging work. Many formal leaders are working hard to keep up with emerging technologies, business models and the organising stories that fuel them. At the same time, they’re needing to support and equip the vulnerable to remain productive and engaged in work and society.
For leaders, there may be merit in placing greater emphasis on common, shared values as the guiding framework within which greater flexibility is afforded to stakeholders to co-design the methods of achieving aligned outcomes.

Historical events are not a reliable predictor of the future. But history does tell us something critically important about the central contribution of stories to our human condition and potential. Used wisely, they might unleash a new period of prosperity.

This site uses Akismet to reduce spam. Learn how your comment data is processed.