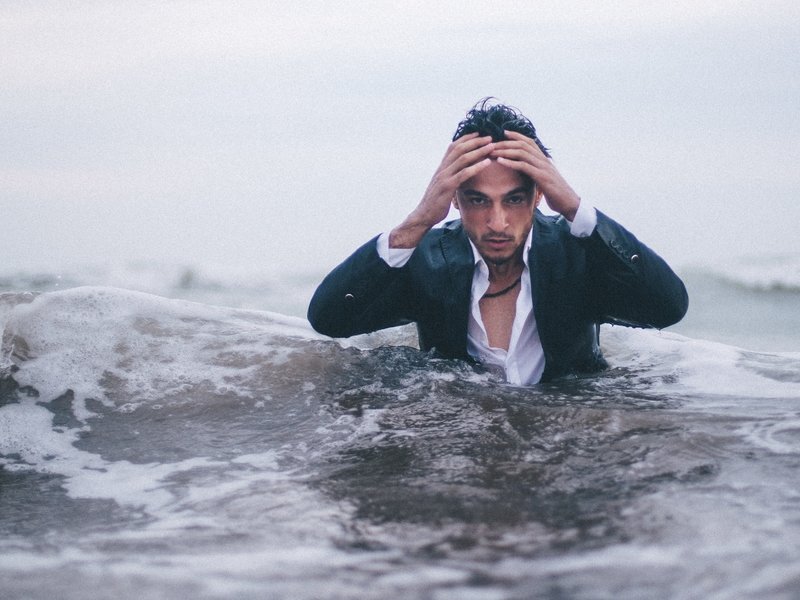 Do you want a pay rise but are too afraid to ask? It doesn’t need to be this way. Indeed, it can be a relaxed and rewarding process. Here’s some tips from experience to make it a positive experience.

We find ourselves in a time of contradictions. Company profit shares, for example, are at an all-time high. But, we have a record low in wages growth. Australia has enjoyed 25 years of economic growth, yet there’s growing inequality between the rich and poor and housing (in)affordability is a critical national issue. Young people, in particular, feel the dream of owning their own home is slipping from their grasp. Even young professionals earning above the average wage feel vulnerable and at risk of under-employment.

At the same time, employers are under real and growing pressure to reduce their costs to remain competitive, sustain dividends to shareholders and retain some earnings to reinvest in new equipment and acquisitions. Many business input costs are going up, like energy which has more than doubled in some states over the past decade. Australian wages are also high by world standards, and in the knowledge economy, salaries are often a major cost component.

In this environment, getting a raise will be tough. But don’t be deterred. You should be on top of your salary situation and value to your company. Over time, underpayment can amount to hundreds of thousands of dollars in lost income and flow-on costs (e.g. longer periods of credit card debt or loan repayments). And be encouraged – of the roughly 1 in 10 people that do ask for a pay rise, 70 percent say they were successful [1].

Are you afraid to ask?

So, do you deserve a wage rise, and are you prepared to ask for it? If you’re afraid to, you’re not alone. Most people avoid the conversation. Indeed, people work harder and hope to get noticed and rewarded, or even pursue higher paying roles even then they’re ill-suited and unlikely to be happy. But there are smarter and more personally sustainable ways.

The question you need to ask yourself is “What frightens you about the asking for a pay rise?”

Perhaps you’re fearful of being turned down and feeling rejected, of being placed in a weaker employment position, of having your work motivation undermined, or even being told to “accept your pay or leave”. Perhaps it’s daunting to get performance feedback which might suggest you need to improve your skills and effectiveness – and take responsibility for that. Maybe wanting a pay rise is really compensation for deep frustrations with your work that you’re avoiding dealing with. Or you might worry that you’re reaching your maximum salary potential and fear having this confirmed because of the impact it could have on your lifestyle aspirations, status and ego.

While these fears are entirely reasonable they might also be totally unfounded. So how do you find out? What’s the simplest test you can do? It’s this: ask your boss.

The key to a relaxed pay discussion

Now, here’s the key to making this possible. You must change your mindset. While you’re going to ask for a raise, first and foremost, you must see the discussion as an opportunity to gain data. It’s data about how your boss views your performance, your value to the company, what they’re able to pay you and why. But it is not data that defines who you are, your self-worth or what you can become. It’s just data. Irrespective of the salary outcome, you are better informed and that’s a good thing.

When you view the situation this way, it takes the stress out. Indeed, asking for a pay rise almost becomes an enjoyable challenge or puzzle to solve.

OK, you’ve decided you want to ask your boss for a raise. Now it’s time to do some preparation, because “I’ll pay for (value) demonstration, not expectation!” is likely to be your boss’s perspective. So, you need to substantiate why you deserve a raise. Working hard is not enough.

Review your job description. Do you have extra responsibilities now? Is your job or particular skill-set more important to the business than when you started? How are you adding value to the business over and above your core role requirements? Has your performance been sustained (and thus warrant a raise rather than just a once-off bonus)? What’s the evidence? What explicit examples can you use?

Does your pay reflect current conditions? At a minimum, know the real rate of inflation since your past pay review. This provides a reasonable benchmark for the minimum increase in your salary if it’s not been paid to you.

What salary do you want? Be specific in dollar terms. It demonstrates you’ve done your homework. Check salary surveys reported in industry journals and current job advertisements to get some sense of prevailing market rates for comparable roles.

Also think about what non-financial rewards you’d consider, such as an additional learning and development opportunities. It may be easier for your boss to arrange this sort of compensation.

Find out what will make the decision easy for your boss. Will she need to justify any salary increase to her boss, and fit it into current or future budgets? If that’s the case, supply the information in the form she’ll need as far as you can. Perhaps you even have ideas how cost savings could be made that would help offset the raise you’re seeking.

Finally, decide what information you want to get from the discussion. How can you be better informed after you leave the discussion that when you went in?

Let your boss know you’d like to meet to discuss pay and performance. It’s not fair or useful to spring this discussion on her. Try to organise a time for the discussion when she’s not going to be stressed or distracted. Sometime during the morning earlier in the week is often best.

Understand that your boss will do her homework. She’ll have access to other people’s salary data and probably industry benchmarking data too. This is a good thing. You want her to be prepared to have a thoughtful and informed discussion, and to have considered your role, value and pay compared to peers and the wider industry.

Be aware that your boss is as likely to be as anxious as you are. No-one really wants to upset and risk losing their staff. Replacing people is an expensive exercise, costing real time and money that can best be spent elsewhere. And bosses don’t want people thinking they’re not managing their staff well. Your boss will also be concerned whether they can afford to pay what you want, and whether paying you a raise will open a floodgate of other requests.

How you conduct the conversation is as important as what you have to say. You want to sustain and, ideally, enhance your boss’s respect. You definitely don’t want to put them offside, potentially closing off future career opportunities or the opportunity to secure a positive reference should you seek employment elsewhere.

So, remembering that the meeting is about sharing and exchanging data, feel relaxed and present yourself in a happy, professional and courteous manner. Demonstrate an interest in being fair and transparent in your thinking, and understanding their perspective. It demonstrates your trustworthy and approachable and calls for ethical dealings that will be reciprocated by most people, bosses included!

Thank your boss for taking the time to have the discussion, and then do three things:

Respond to any feedback or points of tension with constructive questions. See it as an opportunity to gain more information and clarity. Remain outcome focused, determining what additional information you’d need to provide or actions to take to secure the raise you’re after.

If you handle yourself in this way, your boss should respect your approach. You’ll probably further raise their estimation of you and your ability to handle tough situations diplomatically and effectively. They’ll probably want you on their side in similarly tough business situations.

If you don’t get the raise you’re after, it’s okay to show disappointment. It shows you were genuine and cared. But remain professional and constructive. Managers will remember this and are more likely to address your concerns in subsequent salary review processes if you’re someone they want to keep.

At the end of the day, you’re in control of your career. Every day you make a choice – actively or passively – to return to your current work or seek something new. The data you have from a pay and performance discussion is just more grist for the mill, helping to decide what your next steps will be. It’s all good. Don’t sweat it.