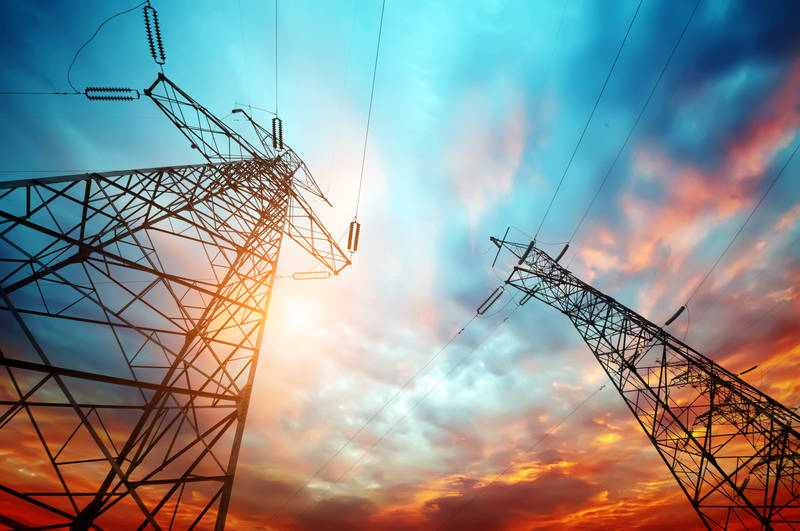 On 9th June, the Australian Government released the ‘Independent Review into the Future Security of the National Electricity Market’, known as the Finkel Review. It was an urgent, substantial and ultimately well-received contribution to sustaining Australia’s prosperity. The question is: has the Review addressed the root cause of our energy crisis, and if its recommendations are implemented will they be sufficient?

Last week, engineer Dr Alan Finkel and his team released their report into the state and security of the National Electricity Market [1]. It represented a major milestone within a decade of political squabbling and indecision over energy. Finkel’s report provides a solid, coherent approach to restoring security to our energy system, confirmed by the government’s rapid endorsement of 49 of the 50 recommendations [2].

Why did we need the Finkel review?

To most observers the answer seems obvious: the NEM, servicing most of central and eastern Australia, was at risk of failure, with substantial flow-on economic, social and political consequences. We needed a plan to avoid this disaster.

But why has this predicament been permitted? “Because of a lack of political leadership and partisan politics” is the likely response. But it’s an incomplete answer. What’s overlooked is the failure of leadership and accountability at the institutional level. Australia’s energy regulators have either been blind to the nature and implications of the changing energy landscape or unable or unwilling to respond to it.

Regulators have been ineffective in acting in the public interest, and politicians have been poor leaders and foils against poor administration. We are experiencing a sustained, collective governance failure. It’s yet another failing in public institutions that further undermines the already low levels of trust in governments of all persuasions [3].

Have we got to the root of our energy problem?

To be sure that ‘solutions’ to energy security are well-founded, it’s important to dig deeper to discern the causes of this predicament. The Finkel review and other reports only hint at root causes. Discussions with industry leaders suggest that influential regulators have been captive to group-think, mentally locked-in to out-dated views of energy generation, distribution and management. This further reflects a lack of diversity in skills and thinking styles, and inadequate business processes to counter these obvious risks. (Energy regulators are, of course, not alone here. Take, for example, public infrastructure bodies that are over-endowed with financiers.)

Fortunately, Finkel recommends establishment of an Energy Security Board. It’s a critically important and largely under-publicised recommendation. The role of the Board is to coordinate whole-of-system monitoring of security, reliability and planning functions across energy market bodies.

It will remain to be seen whether the composition and function of the board is sufficient to overcome multiple systemic weaknesses. One wonders what complementary mechanisms could and should be put in place to protect public value.

Beyond the immediate crisis

There’s no doubt that the first objective must be to secure Australia’s energy network, particularly given the immediate power supply risks forecast for the coming summer. Fortunately, generation and demand management options exist to secure power supply if key actors cooperate, the community is honestly informed and involved, and it’s not left to chance.

Beyond short-term needs, action must be taken to achieve longer-term security and sustainability of Australia’s energy system. This must involve a higher proportion of clean energy. While this can be sourced from wind or ‘clean coal’ (coal fired power with CCS), renewables have advantages that we should be explicit about.

We should want more renewables

What gets lost in the pseudo-debate around climate change is the fact that Australia has enormous, untapped energy potential that we are squandering.

Once renewable energy generation is established, the marginal cost of production is near to zero (as are their emissions). What industries would Australians like to establish on a marginal power price of zero? Conversely, what economic and social prosperity price are we and our children paying by inaction? It’s a fact recognised by investors and insurers alike as they progressively abandon coal and other carbon-intensive energy sources.

One must recognise, of course, that renewable energy technologies are not emissions free over their production life cycle. Manufacturing of wind turbines, solar cells and batteries requires energy, much of which is currently emissions intensive due to the underlying use of coal and gas-fired power. But this is the cost of transition. It is not a reason to abandon renewables.

As the rate of adoption of renewables grows, their efficiency increases and costs reduce (as it rapidly occurring) [4] and the energy and emissions intensity of their manufacture will also decline. Furthermore, abundant, cheap and clean energy will underpin other technologies that will be critical to sustaining our economy, like waste recycling, intelligent transport systems and desalination.

So the upfront cost and emissions ‘price’ of producing batteries, for example, should not be accepted as an excuse for inaction. We must be astute to look past such simplistic stories. Indeed, as Finkel has pointed out, the cost of a wind turbine and a battery is less that the price of a wind turbine alone only a few years ago [5].

The one recommendation the Australian government is yet to endorse involves a Clean Energy Target (CET). It’s a hot political potato, in part because of the raw politics of climate, stoked by the political fringes often for purely partisan and self-serving reasons. But genuine questions are being raised about the ability of the Clean Energy Target to reduce energy prices. It’s a fair question given the fact that energy generation costs typically contribute to less than half of the price consumers pay for power. Energy distribution comprises a large proportion of the total cost which has risen substantially in the past decade [6].

Will the CET alone generate any meaningful reduction in prices? Will it trigger other network changes that generate additional costs? It’s a question that can’t, of course, be viewed in isolation of wider system dynamics.

Australians have enthusiastically embraced ‘behind the meter’ energy solutions like solar photovoltaics for a combination of cost reduction, energy security and environmental motivations. We now have the highest proportion of households with PV systems on their roof of any country in the world [7]. Indeed, even climate-skeptic Cory Bernardi MP has installed solar panels on his private home. Industry is catching on and may accelerate adoption as power prices surge.

If this trend, and community and industry investment in micro-grids, continues – and there’s no compelling reasons why not – then the distribution network must adapt to accommodate two-way flows of power irrespective of the effects of a CET.

So while the question “What impact will the CET have on power grid?” remains important, it may eventuate that any impacts (good or bad) will be at the margin of the business-as-usual situation.
The primary advantage of the CET is that it provides a level of certainty which is good for direct and flow-on investment. Uncertainty has already imposed a heavy cost on the economy, estimated to be equivalent to a carbon price of $50/tonne [8] or $27–$40 per megawatt hour [9]. Ultimately, even if the CET is found to have marginal negative effect on energy prices, its overall effect on the economy is likely to be substantially positive, particularly in comparison to the business-as-usual or ‘inaction’ base case.

Gas plays an important role in power generation and pricing in Australia, as well as in manufacturing. Current difficulties securing the volume of gas required for domestic use (versus export as LNG) has driven up the marginal price of power and pushed some manufacturing offshore. Ideally, more gas could be produced without curtailing export contracts and investment.

Regrettably, the gas development ‘horse’ bolted several years ago, leaving government scrambling to manage the industry in the face of strong community opposition. Some state governments have imposed moratoria on coal seam gas development. And while oil and gas industry leaders argue that “government knew what industry was doing”, one might reasonably question whether this is true?

Irrespective, Australia must secure more gas for domestic use in industry and power generation at least for the short to medium term. While difficult given the industry’s erosion of social licence, it’s not impossible. It will, however, require a more accurate and useful definition of the problem to be addressed. Rather than being a purely technical (engineering, legal and commercial) problem, it’s instead a socio-political problem that can have technical responses. Industry must recognise its challenge is to create the conditions under which it’s politically achievable to lift the moratoriums.

While Australians face a short-term energy crisis, solutions are at hand. They’re not easy to implement, but nor are they impossible. We know how to develop smart infrastructure and services that communities love – we simply don’t apply this knowledge evenly or consistently enough. So we must also elect, appoint, influence and support leaders that get these solutions implemented.

Specific actions to stabilise and develop a secure and sustainable energy system are:

Clearly we must secure our energy networks and stop squandering our national potential. With more honesty, cleverness and accountability we can make up for a lost decade.