How to avoid the costly delays of infrastructure approvals 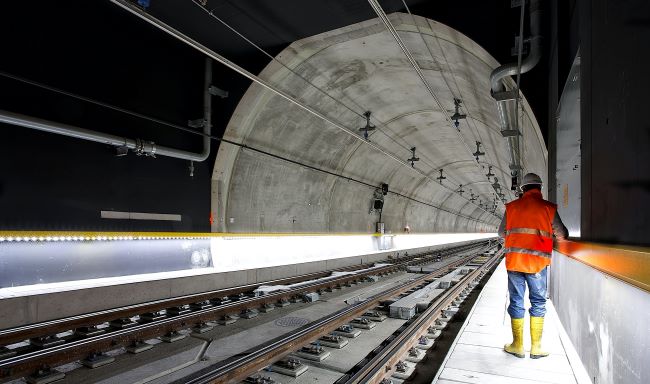 There’s a question on the lips of infrastructure developers: “How can we get our projects approved and avoid costly delays?” It’s a perpetual question that has gained extra gravity as infrastructure becomes a centre piece of COVID-19 recovery efforts. But rather than fight regulations, there’s a smarter and more profitable way to engage with them.

Injecting cash into the economy through construction projects can stimulate economic activity across regions and the strata of society. But infrastructure spending is only an effective stimulus if projects are “shovel ready”. So, developers are keen for their projects to pass the regulatory hurdles quickly.

Dealing with red and green tape

With COVID-19 lockdowns battering the economy, long-standing arguments for easing of regulations are being remounted. “Red and green tape”, it’s argued,” is standing in the way of business investment”. The Institute of Public Affairs, for example, claims that regulation imposes an unaffordable $176 billion cost on the Australian economy.

Indeed, we should always remain open to streamlining regulations and making them more effective. Regulators should pursue opportunities to remove duplication between state and federal laws. For example, mutual recognition of trade and professional licences will make workers’ movement between states easier and cheaper.

But governments that have bolstered their political stocks through their coronavirus response will be reluctant to put that at risk. When proponents argue for removal of red tape to get projects built faster, the community can hear “inappropriate development, congestion, environmental harm, and favours for rich mates”. People on the streets will point to the Banking Royal Commission and Rio Tinto’s destruction of Juukan Gorge as proof that regulation is required.

Rather than fighting regulatory barriers to progress, developers should engage with them. The experience of an Australian power utility provides a good example from which to learn.

The utility was undertaking public consultation in the approvals phase of the largest transmission line project it had developed in 20 years. Lack of community support had become a serious business issue that affected new projects as well as ongoing maintenance. The proposed transmission line had the very real potential to provoke negative community reaction. It would create major delays, incur additional costs and further erode the company’s social licence.

The utility intended to consult with stakeholders using the conventional “decide and defend” approach. Fortunately, they accepted a different path with a different challenge: how to assess alignment options and identify the best route while building community support and trust.

Instead of explaining their plans to stakeholders and defending their rationale and decision, the utility’s managers sat down with people living along the transmission line corridor to talk about their interests, needs and places of value. By mapping that information, new insights and many more cost-effective route options emerged that preserved stakeholders’ needs and values. In effect, the utility had engaged in a form of co-design.

As a consequence of this work, the government deemed that an environmental impact assessment was no longer required. Furthermore, no community objections were lodged – an amazing result for a project of this type. As a result, the company shaved $2 million off the project cost and reduced the timeline by 2 years.

The utility’s approach to the project was recognised in several excellence awards. The regulations were effectively avoided through smart engagement and design. And what could have been an adversarial process became one that enhanced trust and social licence.

This example illustrates how business-as-usual practices and the fear of stakeholder engagement can be overcome and produce substantial benefits. It is possible to largely eliminate regulatory barriers, social licence risks and associated costs.

From fighting to engaging

What makes this possible is a shift in mindset and the questions that shape the process of developing infrastructure. It’s a shift in mindset from “fight” to “engage”. The questions shift from “How do we squash these people and their rules?” to “How do we treat people well, engage them in creating projects they want in their back yard, and eliminate the issues that trigger regulatory impediments?”

I know that many leaders in the infrastructure community will scoff at these questions and remark “What a joke! That’s not possible.” These are the people for whom regulation is designed. The smarter subset of the infrastructure community is embracing the challenge and business improvements these questions trigger. They are the people for whom regulation is a lesser concern on their route to create valuable projects that investors and communities love… by design.

The burden of regulations and approvals processes for infrastructure projects can be substantially reduced. By addressing the issues that give rise to regulatory impediments the need for approvals can be diminished and even eliminated. It is often a very profitable process, one that is available to all developers. It just takes a shift in mindset … over which developers are in full control.

The example in this article is one of many you’ll find in Insight Trading – Collaborating to transform the infrastructure that shapes society. It’s a must-read for anyone interested in developing smarter, more valuable and sustainable infrastructure.